An introduction to the hard finishing of gears.

Generally, many “hardened” gears in the United States before the 1970s were a through-hardened part, but this changed to contemporary case-hardening processes that were considered relatively new technology at the time. This movement in the 70s included a carburizing process that mirrored the success already achieved in Europe, and it granted a tougher case of 50-60 HRC or higher on the surface. Hardening of gears grants many benefits, such as improved life and resistance to handling damage, but it requires special hard finishing processing consideration to achieve a high geometric quality part. Note that gear “quality” usually refers to geometric specifications and tolerances such as that set out in ANSI/AGMA ISO 1328-1-B14, but in other contexts it could also refer to surface finish or metallurgical quality.

Hardening processes tend to distort gears, especially helical gears because these want to unwind as a result. Hard finishing is a final machining process after hardening that results in a geometrically accurate gear. It removes distortion in addition to any minor handling damage. Furthermore, most hard finishing processes can also improve the surface finish of a gear.

For reference, consider green (non-hardened) finishing processes that were used through the 1980s and some still today, such as shaving, lapping, burnishing, and rolling. Shaving requires a special tool that rolls a part under pressure in a crossed-axis configuration to remove stock. Lapping is another process that requires the tool to drive the work piece, and this driving makes it impossible to completely correct all gear teeth errors. Burnishing uses a sliding action over the entire active profile, which rubs to refinish the tooth surface and is not a process for removing considerable stock. Finally, finish rolling displaces green material to arrive at a finished part, and as such it cannot be used for hardened parts.

Due to the limitations of the above processes, the gear industry developed a variety of contemporary methods for hard gear finishing such as grinding, skiving, honing, and polishing. (Some would refer to the latter as a “superfinishing” process, which we will discuss later.) By using a precise synchrony between a finishing tool and a work piece, errors such as accumulative pitch can also be removed. In comparison, tool-driven methods cannot achieve this. The development of computer numeric controlled (CNC) gear machines allowed such synchronous processes to be easily attained with quick, flexible setups. Consequently, these processes have become common for gear manufacturers today.

Contemporary hard gear finishing typically starts by green cutting, which in this case may be referred to as semi- or pre-finishing. This process cuts the non-hardened gear teeth such that they have plus material along the flanks and often with undercut from a protuberance-type hob. After heat treatment, a hard finishing process then removes the (distorted) plus material, thus blending the final profile with the undercut. 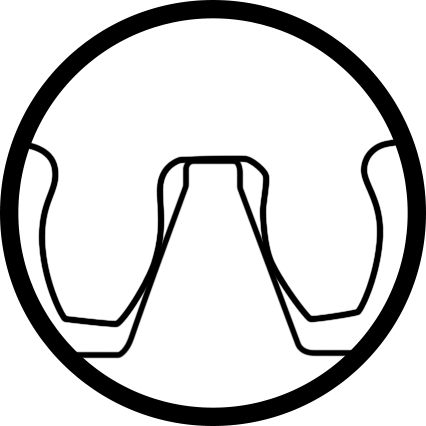 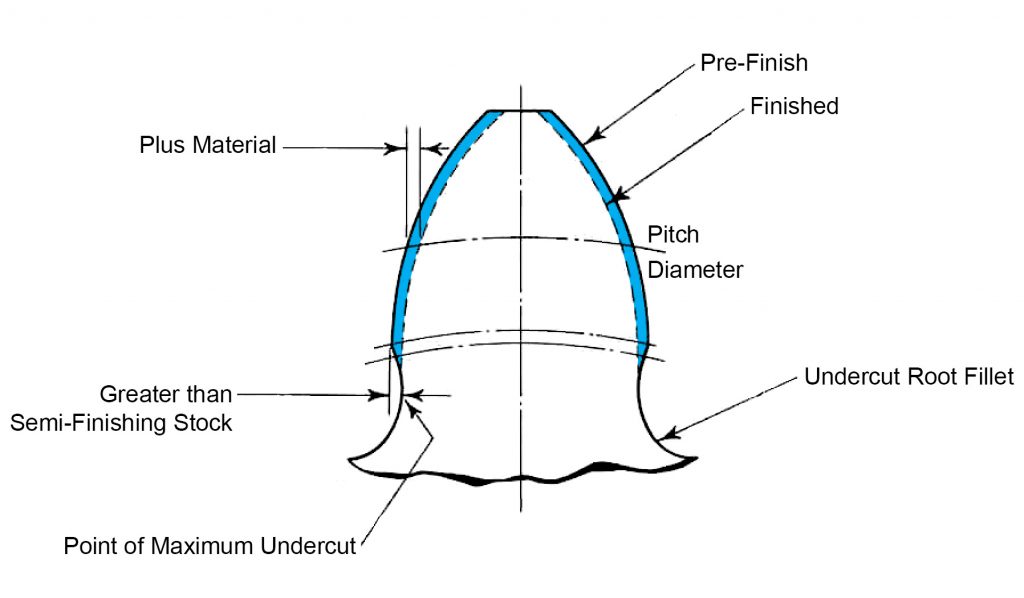 In our next issue, we will introduce the details of skiving, carbide re-hobbing, form grinding, continuous generating grinding, honing, and polishing. Additionally, we will provide an estimate of achievable AGMA gear qualities per process.